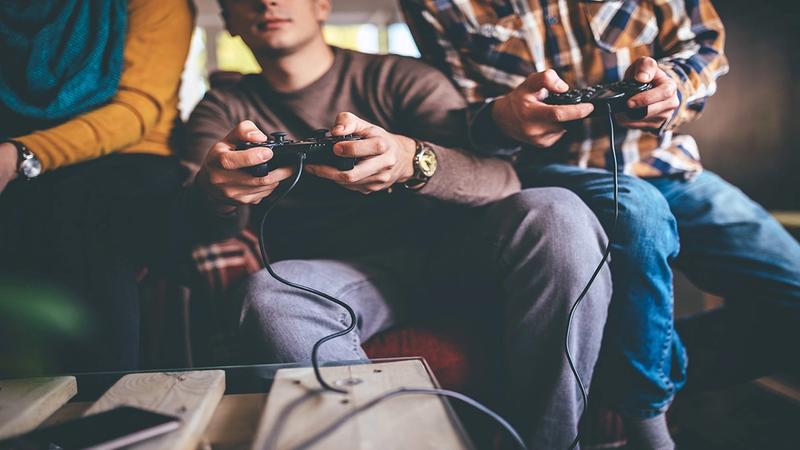 Play on. Gamers get ice cream delivered while they stream

What better way to cool off from the heat of the SuperLiga gaming competition than a tasty pint of ice cream delivered in minutes to your doorstep? Find out how Unilever’s on-demand delivery division ICNOW is working to meet the speedy delivery needs of Generation Now.

In February 2021, when much of the world was mid-lockdown and many of us were angsty over our increasing screen time, Serbian teen Tai ‘TaySon’ Starčič was busy taking his love and skills playing the game Fortnite to the next level.

If those figures don’t give you pause for thought before you set additional limits on your children’s gaming, consider this: according to DCF intelligence almost 40% of the world’s population are now spending their leisure time playing online. And for eight hours and 27 minutes on average each week.

It’s a tantalisingly lucrative market, estimated to be worth $159 billion in 2020. And according to a recent report by marketing consultants Simon Kucher, 39% of players are ready to spend in the in-game space.

But here’s the rub – the online player community can be hard to reach and if your brand tries to market to them without knowledge of the game or its community’s etiquette, then it’s rare that you’ll get a second chance to market to them again.

Matteo Trichilo works in our start-up division ICNOW (Ice Cream NOW). He and the team are dedicated to finding opportunities for ice cream in the on-demand delivery space. And fortunately for ICNOW, and for Unilever, Matteo is a dedicated gamer. “I’ve always loved playing video games. They’ve been a great influence in my life – even though my parents were not always supportive,” he says. “I got my first Gameboy when I was six and spent long hours working to become a Pokémon trainer. But in 2001 I found my favourite game – Halo, and 20 years later, I still play,” he says.

For Matteo it was a natural extension of his personal passion for gaming to look at marketing opportunities in the space. “I decided to do my utmost to bring my passion for video games to my day job, because if you use your passion, you don’t consider what you do as work,” he says.

Working with the media team of Unilever’s gaming committee, UPLAY and ice cream brand Magnum, Matteo and ICNOW started to look at creating campaigns that would tap in the gaming world. 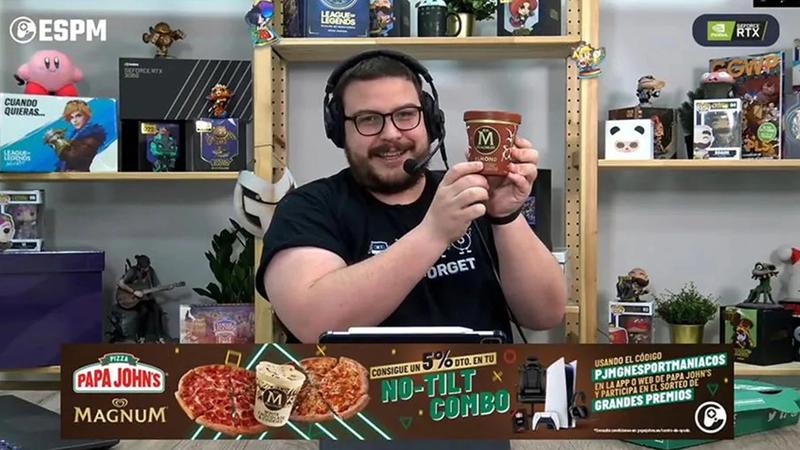 Ice cream ordered and delivered while you stream

One of team’s ‘coolest’ campaigns was run in Spain, and enabled gamers watching League of Legends SuperLiga tournament to order Magnum Pints in-stream and have them delivered to their doorstep in minutes.

Almudena Moreno, Magnum’s brand manager in Spain, had been scouting for a partner to reach the country’s gaming audience. “We learnt that the engine of the gaming culture is esports. So, we started looking at opportunities in the top esports league in Spain,” she explains. “In this country, this is the LVP Superliga League of Legends which attracted 5 million unique viewers during the recent July–August tournament.”

“The key was finding authentic ways for our brands to engage within the gaming community,” Matteo says.

Together with SuperLiga and gaming platform Twitch, the Magnum team crafted the campaign around a key moment in the game which is the destruction of the First Tower.

When the gamer destroyed the tower, a pop-up banner promoting Magnum Pints ‘created to break and that taste like gold’ appeared alongside a link where gamers could order a pint of ice cream for speedy doorstep delivery from on-demand delivery partner Glovo, and also enjoy a 25% discount.

“We then enlisted the help of some famous Spanish gaming content creators to amplify the campaign on their own Twitch and Instagram accounts,” says Matteo. They too offered fans a unique discount and – to add a competitive edge – they challenged Glovo to deliver the pints in less than ten minutes during their live stream. “They even showed a chronometer keeping track of time from the moment they ordered to the time of delivery,” Matteo adds.

Thanks to Glovo’s super-fast service, the ice cream not only reached consumers’ doorsteps in less than ten minutes but in perfect condition to be spooned right away. The result was not just a fun activation for gamers but a delivery win for Twitch, Glovo and Magnum.

“Both the gamers and SuperLiga reacted enthusiastically to Magnum’s presence in the gaming environment,” Matteo says. “It established our pints as a cool snack to eat while gaming and it’s also made us one of the best partners in the space.”

Alongside the win for the Magnum brand in terms of reputation and engagement, the campaign has been key for the ICNOW team in terms of learning and improving our understanding of the gaming ecosystem. “We now have a strong knowledge and a good network of gaming partners,” Matteo adds.

Since the SuperLiga campaign, the team have created gaming campaigns in Sweden, Turkey, Russia, the UK and China. In each case, they’ve seen gamers appreciate having ice creams delivered to their doorsteps, shown by an average 60% sales uplift in all the recent ICNOW gaming campaigns. “To date we’ve reached more than 65 million gamers globally,” says Matteo, “and there are more to come.”