Seven things you may not know about Unilever

Ninety years ago this week, British soap-maker Lever Brothers and Dutch manufacturer Margarine Unie merged their operations to become Unilever. To celebrate our birthday, here are a few fascinating facts about the business.

You may already know that Unilever makes many much-loved, household-name brands like Lipton, Knorr, Dove, Rexona, Hellmann’s and Omo.

You may also know that our purpose is to make sustainable living commonplace because we believe we have the opportunity – and the responsibility – to be a force for good in the world.

But Unilever is a hugely diverse business with a rich heritage.

So to mark our 90th birthday this week, we thought we’d lift the lid on a few aspects of our company that you may not be familiar with.

We built a village… and an internationally renowned art gallery

In 1886, with 450 tons of Sunlight soap being made every week, the scale of the business encouraged William Lever to buy a large factory in Liverpool and build a village for its workers. This was all part of a business model he termed ‘prosperity-sharing’ – providing employees with decent and affordable houses, amenities and welfare provisions that made their lives secure and comfortable and enabled them to flourish as people. Port Sunlight is still a fully functioning village as well as a major tourist attraction, not least because it’s home to the Lady Lever Art Gallery (pictured above) which is regarded as one of the finest art galleries in Europe.

We diversified into ice cream… from sausages

In 1922, Lever Brothers bought Wall’s, a popular sausage company. However, at the time, perishable products couldn’t be properly distributed and sales dropped dramatically during warmer weather. So Richard Wall had the idea to diversify into ice cream to keep business up in the summer months. Initial sales were disappointing, as retailers were reluctant to buy in quantity. The solution was to sell directly to the consumer with salesmen sent out on tricycles. This was the first time in Britain that ice cream had been factory-made, pre-hardened and wrapped for mass distribution, branded and retailed in this way. Today Wall’s helps thousands of long-term unemployed individuals and young people earn a living (Opens in a new window) by becoming ice-cream vendors. 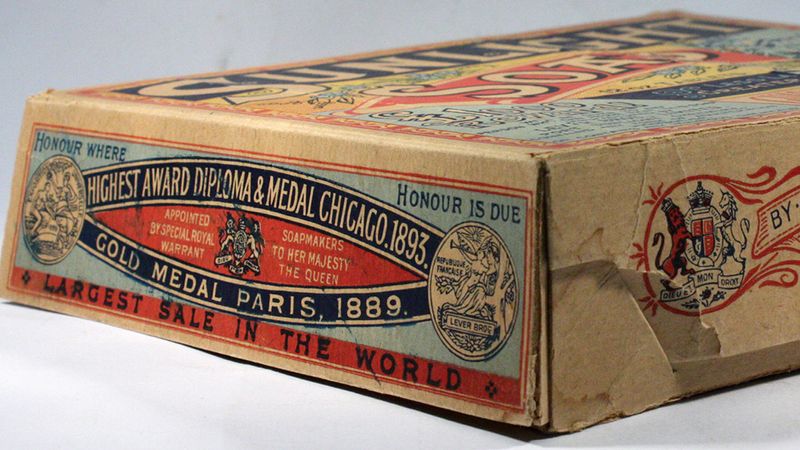 We empowered women, right from the start

We believe that women’s empowerment (Opens in a new window) is the single greatest enabler of human development and economic growth. When women are guaranteed equal rights, skills and access to opportunities – and when the norms and stereotypes that hold women back are challenged – the effect is transformational. This thinking was around from the very start. William Lever was promoting equal rights for women as early as 1916. In 1939, Marjorie Plear became the first of many women to receive the Leverhulme Pharmaceutical scholarship, an initiative he founded to support women in further education. And in 1953, Doreen Wedderburn became Unilever’s first female manager and went on to become the first woman divisional manager in our research organisation.

In 1955, we introduced UK consumers to fish fingers. They proved an instant hit and, within a decade, accounted for 10% of British fish consumption. These were developed by Frosted Foods, owner of Birds Eye. This long history of innovation in foods is very much alive today. In fact, we recently opened a state-of-the-art innovation hub (Opens in a new window) in the Netherlands where we will collaborate and co-create to turn bright ideas into the healthy, sustainable foods of the future. And we’re working with leading scientists, nutritionists and agricultural experts to develop more plant-based foods that are better for people and the planet.

We aired the first-ever TV ad in the UK

Also in 1955 (clearly a busy year for us), we aired the very first ad on UK commercial TV, for Gibbs SR toothpaste. Later, in 1969, we aired the UK’s first colour TV ad, this time for Birds Eye peas. But being innovative with advertising was nothing new. In fact, it was key to the early success of William Lever’s Sunlight soap, with its brand message focused on alleviating drudgery in the lives of working-class housewives. Our audience may be much broader these days and the output more sophisticated, but the aim is the same – to drive business growth through brands that provide a positive change to people and society (Opens in a new window).

We took a stand on environmental protection in the 1970s

Our efforts to safeguard the environment began in earnest decades ago. In 1972, our Packaging Services division published ‘Environmental Issues and Packaging Policies in Unilever companies’, which highlighted how to avoid over-packaging across our suite of brands. And in 1982, we made a public pledge to take a stand against the hazardous effects of pollution on the atmosphere. Today, reducing our environmental impact sits at the heart of our strategy. Our most recent commitment (Opens in a new window) is to halve our use of virgin plastic in our packaging, and to collect and process more plastic packaging than we sell by 2025.

We once owned the Calvin Klein brand

In 1989, Unilever acquired the Calvin Klein Cosmetics Company, and with it the Calvin Klein brand. It offered a complete range of beauty products in addition to its core fragrance business. We sold the brand to Coty Inc NY in 2005. Also in 1989, we acquired Elizabeth Arden/Fabergé. We sold that in 2001. Beauty and Personal Care is big business for us today, and the ‘care’ in the name is part of our DNA. Since our founder, William Lever, developed Sunlight Soap to improve the health and hygiene of all members of society in 1885, we have been creating products that help make sustainable living commonplace (Opens in a new window). 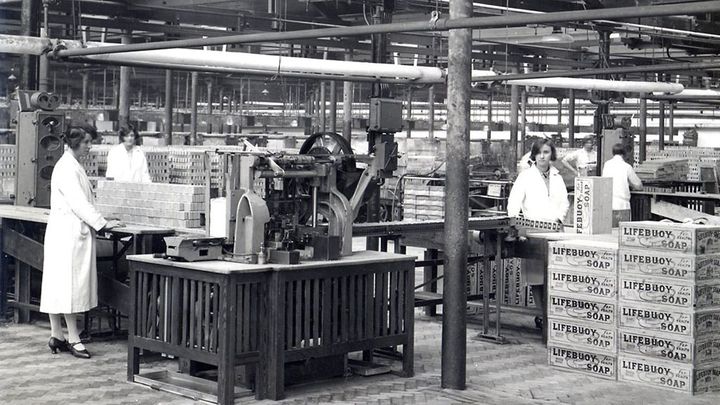 See how our business has changed and grown on our Unilever timeline .