Refugee stories: From war-torn Aleppo to the Eternal City

Unilever Italy’s newest recruit, Anas Anjrini, explains how losing everything in the Syrian conflict made him determined to both get his own life back on track and also help others in need.

An opportunity to be even more inclusive

Vast numbers of people are being displaced across the world – mainly due to conflict and persecution – and resettling in new host countries. This means societies everywhere are becoming increasingly diverse.

As a business, we have long recognised the need for our people to reflect the communities we serve, so this shift gives us an opportunity to be even more inclusive: by helping refugees start their own businesses or by offering them employment.

Italy is one country where recruiting talented refugees is a key part of our growth strategy. There are currently 23,000 refugees seeking asylum in Italy, so they are integral to the next generation: of both workers and consumers.

We recently launched a new initiative which broadens our diversity and inclusion efforts much further than they have reached until now. Supported by Ben & Jerry’s, it’s called Home Safe Home.

Our most recent recruit is Anas Anjrini – from Aleppo in Syria – who has joined our HR team in Rome. He only started a few weeks ago and, because of his background and experiences, he’s already proving to be an invaluable member of the team. Here’s his story…

A serial entrepreneur with two hats

One day in September 2012, I got a phone call from my Dad telling me not to come home. The house had been destroyed by bombing. In an instant, we had lost everything.

Without a place to call home, we carried the few possessions we had, from one place to another. To survive, I had to earn a living. I took any job going, from caretaker to construction worker. I was even processing tomatoes for a while.

In 2014, with some family support, I started my first entrepreneurial venture. I got a market stall and a few pieces of clothing to sell. Between customers – and while the bombs continued to fall around us – I studied for a degree in Business Administration from Aleppo University.

I have always believed that my own success goes hand-in-hand with the success of people around me, so I started volunteering to support others in my city. I became an active member in several programmes across different fields, from education to social cohesion to citizenship.

By 2017, despite Aleppo still being an extremely dangerous place to live, I had launched two start-ups – in recycling and cleaning services – and over 15 social initiatives that brought together NGOs, charities, local communities and students, including women’s empowerment and NGO co-ordination. 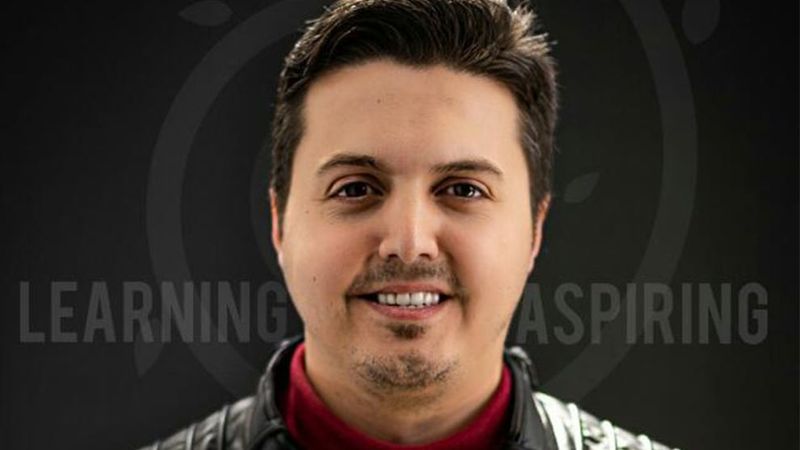 I now have the chance to become a productive citizen – to give back to Italy – and to help vulnerable people around the world. Anas Anjrini

At the start of this year, I left Syria and came to Italy to join my brother. We hadn’t seen him for many years because of the war, and we desperately wanted to reunite as a family.

Away from the horrors of conflict and the constant worry about our safety, I decided to learn new skills and gain different knowledge. I started taking lots of online courses in the Italian language, digital transformation and entrepreneurship. I’m still doing that now.

I heard about the opportunity with Unilever and I was so excited when I was accepted. I have only been here a few weeks so far, but I love it. I work in the HR team on social inclusion initiatives. This is a real passion of mine, so to be doing it as a career is great.

My main concern right now is to help my family forget all the pain and bad times. I have the chance to become a productive citizen – to give back to Italy – and to help vulnerable people around the world. I’m 29, so it’s the perfect time to start this new chapter.

I don’t like the term ‘refugee’ and I don’t want to be seen as a victim. Years ago, I started taking an active stand against challenges. And now, I see myself as a serial entrepreneur who wears two hats: social and business. So, I am working for the right company to bring my personal purpose to life.

Maybe it was my destiny. After all, the meaning of the name ‘Anas’ is kindness and courtesy.